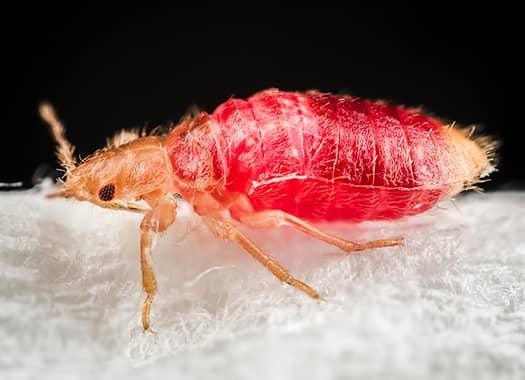 6 Ways Bed Bugs Could Be Worse

Bed bugs are absolutely horribly little creatures. After all, they only come out at night to drink your blood when you’re completely defenseless. They really suck. Could they be any worse?

Well, yes. While you certainly want us to get that bed bug spray in the mail to you as quickly as possible (read every other blog we’ve ever written as to why), we’ve decided that there are a few ways that bed bugs, as bad as they are, could actually be worse! Let’s take a look at some of the ways in which these horrible little vampires could be even more hated.

At Least They Don’t Fly

Many people have arachnophobia, the fear of spiders. And the only way that spiders could be worse to an arachnophobe is if they could suddenly go from the ground up to their face in a half-second. Flying Spiders, brought to you by Your Nightmares.

And we have to admit, the ability to fly would make bed bugs even worse. First of all, they wouldn’t have to wait around to be carried from home to home or hotel room to bedroom on clothing and in luggage. With wings they could simply fly from place to place, infesting every house, causing the world’s screen doors to be of an even tighter mesh. Still, eventually, they’d get in the house, reproduce, and drink the blood of every person in the country. In a case like this, it’s likely there’d be even greater interest in bed bug sprays and other forms of bed bug killers.

Did you know that bed bugs actually do have wings? All 90 species of the family Cimicidae have non-functioning front wing pads, vestigial appendages that might have once allowed it to fly. So, we should consider ourselves lucky that these little bloodsuckers can’t fly. After all, mosquitoes have the “flying and sucking human blood” thing pretty well covered. And speaking of mosquitoes...

You know a creature is bad when it has its own Wikipedia page dedicated just to the diseases it carries. We’re talking, of course, of that jerk the mosquito. When it comes to the most deadly animal on the planet, it’s not the shark or cobra or lion — it’s the mosquito, killing at least half-a-million people a year. The most well-known disease the mosquito carries is malaria, but it also carries yellow fever, dengue, chikungunya, filariasis, Japanese encephalitis, Saint Louis encephalitis, La Crosse encephalitis, as well as two you’ve heard a lot about in recent years: Zika fever and the West Nile Virus.

Luckily, bed bugs do not spread diseases among humans. Though some diseases live within their body, they haven’t been shown to actually be able to pass it from human to human. So, yeah, that would definitely make them worse.

They Could Stick Around On You

Do you know what bloodsuckers are really cocky? Ticks. Not only do they bite you, but they actually stick around as if to say “what are you gonna do about it, pal?” Usually, they bother forest animals who can’t reach their backs and don’t know how to use tweezers (that’s why white-tailed deer have bushy eyebrows). They’re also known for carrying a plethora of diseases, such as Lyme disease, Rocky Mountain spotted fever, tularemia, tick fever, and babesiosis.

So, is it a good thing that bed bugs suck your blood and then disappear? If they just stuck around like a tick, at least you could pick them off one by one. But then you know you’d just wake up with more of them on you every day, which would be horrible. You know what, it doesn’t matter. You just need a bed bug killer that works!

They Could Be Bigger

Do you hate cockroaches? Of course, you do! Unless you're an entomologist or a cockroachologist (something we just made up), it’s likely that you shiver at the thought of those ugly little buggers. And one thing that we hate about cockroaches is that they’re of all sizes, from tiny up to the hissing cockroach.

Bed bugs are actually pretty small for an insect, so small that it can be hard to see the adults. And while many of us enjoy the look of a ladybug or butterfly, there’s just something completely messed up about the way that bed bugs look. They’re not cute, they have a sickly color, and they look like tiny cockroaches. So if they were bigger, it would certainly be easier to see and treat them with a bed bug killer, but at the same time, you’d see their punchable faces all the more clearly.

Or They Could Be Smaller

A creature has to be so big in order to bite you. In fact, another bloodsucker, the chigger, doesn't actually bite you but instead stabs you and then sucks out your liquified skins cells. Yeah, we hate them too. So if a bed bug was much smaller, it probably couldn’t bite you. But it could take the chigger route and be so small that it would be microscopic. If bed bugs were that small, you’d probably never see them but could feel the effects as their saliva interacted with our allergic system.

Oh, and speaking of allergies, a super-small bed bug could be a little jerk like the dust mite. Dust mites don’t directly bite humans, but instead, eat sloughed human skin cells. The problem is that their feces (and they, themselves) often get stirred up into the air and inhaled, causing some people respiratory problems.

They Could Be Uglier

Ready To Get The Best Bed Bug Spray Around?