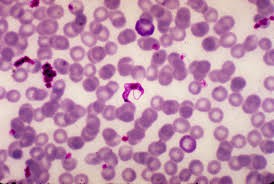 We have always clung to the fact that unlike ticks and mosquitoes, bed bugs did not carry any diseases that affect us, humans. Now, a research team at the University of Pennsylvania's Perelman School of Medicine has alerted us that these unwanted parasites just might be more than an itchy nuisance.

Over the past century, researchers have monitored bed bugs for diseases such as the plague, leprosy, hepatitis, and AIDS. The scientists feed bed bugs with blood laced viruses to see if any of the diseases would be transmitted via biting. All testing showed that no diseases were capable of expanding from bed bug to humans.

Now, this certainty is under review.

A study with Michael Levy shows that it's not definitive proof that bed bugs are transferring Chagas disease, but they did show that bed bugs could pass along a parasite that causes Chagas disease. Chagas disease is mainly an infection in South and Central America as well as Mexico, which causes intestinal complications or worse, cardiac disease. I think we can all agree that neither of those sounds appealing.

Mr. Levy has stated bed bugs aren't infecting people but they could play a role in the transference. His study showed how bed bugs and mice were qualified in infecting each other with the Chagas disease. In fact, mice would become infected with Chagas, if they came into contact with bed bug feces, laced with the disease through a skin tear.

At Baylor College of Medicine in Houston, Melissa Nolan Garcia, an epidemiologist, confirms that the Triatominae insect aka the "kissing bug" carries Chagas disease. This large bloodsucking bug received their name due to biting victims around their mouths. When they bite their prey, the bug's feces enter the bloodstream and thus injecting the parasite, Trypanosoma cruzi, that causes Chagas. They are also related to the dreaded bed bugs.

Up to eight million people in Latin America are contaminated with Chagas and around 50,000 will succumb to death with Chagas related ailments.

As long as you are not around anyone who has Chagas disease, your bed bug will not poison you with the disease. You will just suffer the normal bed bug symptoms such as itching, and welts and bites. Some good news, eh?