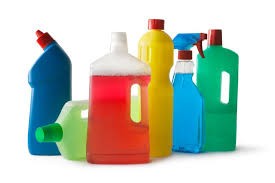 Chemicals You Won't Find in Our Bed Bug Sprays

In our most recent article, we discussed the many reasons that you shouldn't use a typical bug spray such as standard Raid for your bed bug problem.

While it might kill the few bed bugs that you can actually see, it doesn't stick around long enough to kill those bed bugs that are hiding (which is most of them). It’s also possible that the Raid simply won’t work on the bed bugs, because it’s typically made for bugs -- such as ants and roaches -- whose physiology is considerably different from the average bed bug.

Of course, Raid also smells horrible, which just reminds you that you shouldn’t use too much of it indoors...and certainly not in the place where you’ll be sleeping for eight hours a night.

But it’s not just the smell that you should be worried about. While our Bed Bug Patrol is a natural bed bug killer, Raid isn’t natural. In fact, there aren’t many bed bug sprays out there that don’t contain dangerous chemicals. Today we’re going to take a look at some of the toxic chemicals you’re going to find in many off-the-shelf bed bug sprays -- Raid and otherwise -- that you should avoid when you’re looking for a bed bug solution.

Cyfluthrin interferes with the sodium and potassium ion channels in nerves, which is its primary means of killing insects. Unfortunately, it can also have the same effect on humans at larger does, causing muscle trembling, behavioral changes, and loss of coordination.

Cyfluthrin is also bad for the environment and is shown to be dangerous to aquatic life and honeybees.

Permethrin can be found just about everywhere. This insecticide kills bugs by blocking sodium ion channels. It’s used worldwide as a pesticide on crops but is also found in bug sprays and bug resistant clothing and mosquito nets.

Permethrin is the most common type of chemical used in bed bug sprays, such as Harris Bed Bug Spray (a bed bug solution we wrote about here). Unfortunately for users of that product, it seldom works! Here’s why:

“Two mutations, the valine to leucine mutation (V419L) and the leucine to isoleucine mutation (L925I) in voltage-gated sodium channel α-subunit gene, have been identified as responsible for knockdown resistance to deltamethrin in bed bugs. One study found that 88% of bed bug populations in the US had at least one of the two mutations, if not both, meaning that deltamethrin resistance among bed bugs is currently making this insecticide obsolete.”

88-percent of bed bugs are immune to permethrin, but bed bug sprays keep putting it in because it sometimes works. (And because people often lose receipts and can’t take the mostly-worthless stuff back to the store, apparently.)

At high levels, permethrin can cause seizures, problems with motor skills, and the death of brain cells. Like cyfluthrin, permethrin is bad for bees and fish.

Pyrethroids aren’t just a single chemical, but a group of chemicals that all acting in a similar fashion. The most common individual chemical you might see are metofluthrin, prallethrin, tetramethrin, phenothrin, dl-trans allethrin, and lambda-cyhalothrin.

What’s so bad about the pyrethroids? They are lipophilic, meaning that they are easily absorbed into fat cells. That means that they can be stored in the body for long periods, and our body has a hard time breaking them down and/or excreting them. They can cross the blood-brain barrier, which allows them to mess with our nervous system.

Pyrethroids have been shown to cause problems with breathing, often producing asthma-like symptoms. On the skin, they can cause burning and itching. Because they can affect the brain, they can also affect coordination. Infants are the most susceptible to such problems.

Without a doubt, DEET is the most common form of insect repellent in the world. DEET stands for diethyltoluamide and has been in use for over 40 years.

The important thing to remember is that DEET is an insect repellent, not an insect killer. It’s primarily used to repel mosquitoes and ticks. Some sprays might use it as a bed bug repellent, which would be pretty silly because you’d have to keep reapplying it to the mattress. Considering that bed bugs can live for six months or more without eating, repelling them isn’t really what you should be doing. You want an effective bed bug killer!

The problems associated with DEET are most often with using it in large quantities. DEET can cause skin irritation and blisters, and is easily absorbed through the skin and can get into the bloodstream. It is considered a neurotoxin, so headaches are not uncommon with its use. In the largest amounts, it can cause seizures and memory loss.

DEET has its place in the world. There are certain situations in which you could find yourself where the option of using DEET is much better than the alternative. For instance, using DEET in order to ward off mosquitoes that are carrying the West Nile virus or malaria is better than getting either of those diseases.

Repelling ticks is important if you’re in the woods and fear Lyme disease. But if you can avoid it and use an effective natural repellent instead, we’d suggest doing so.

What Can You Do?

As you can see, synthetic chemicals can cause a host of problems, whether they’re in your outdoor bug sprays or a bed bug spray you use on a mattress. They can cause a wide range of problems in the human body, starting with breathing problems and moving onto the burned skin.

Once they get into the bloodstream, they move throughout the body, often cross the blood-brain barrier, and then show exactly why they’re called neurotoxins. On top of that, they’re also bad for the environment.

What can you do? You should look for a natural bed bug killer, one that not only takes the bed bugs out but that is safe to use in your home. There aren’t many bed bug sprays for mattresses out that are actually safe to use, but we’re happy to let you know that our bed bug solution involves using ingredients that are only dangerous to insects and not to humans.

Click here for complete instructions on how to get rid of bed bugs.