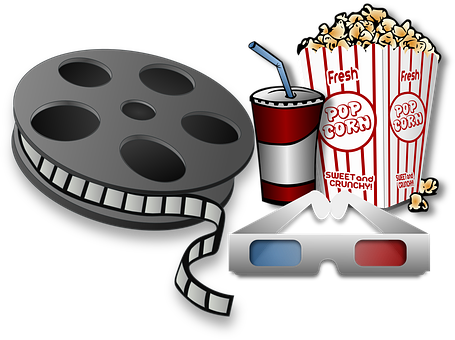 Get A Bed Bug Killer For Those Little Movie Monsters

In a previous post, we detailed six different ways (okay, technically five) that bed bugs could be worse. After all, it would be worse if they could fly, because they could get into your home much easier than they do now. They could be larger or smaller, which would make them grosser or harder to see, respectively. They could stick on you even after you wake up, which means that you‘d wake up every morning with them hanging off of you like ticks. Perhaps most important is that bed bugs don’t carry disease; if they did, it’s unlikely you’d be so kind as to offer up your guest bedroom to friends and relatives.

So, that was all about how bed bugs could be worse...but that doesn’t make those little monsters any better! And you know what, monsters is a very good word for bed bugs because they embody many of the monsters that Hollywood has immortalized over the years. Let’s take a look at how bed bugs are like the horrors on the screen.

The most obvious correlation between bed bugs and monsters is that they are like vampires. After all, vampires subsist on blood, just as bed bugs do. This makes vampires and bed bugs Hematophages. (Just for fun, here’s a list of hematophages from other cultures that don’t get as much attention in Hollywood.)

Vampires originated in European folklore, and when the disease hit the village it was often blamed on vampires (when they weren’t blaming witches). People would dig up a suspected vampire’s grave. If the body was decomposing properly, they might move on to the next grave. But if the body looked a little too fresh, as if it had just received a helping of blood, then they’d take action. Sometimes they’d simply stake the heart and leave heavy stones on the body. Other times they would burn the heart, mix the ashes with water, and drink it in order to repel whatever sickness the vampire was bringing to the town.

While there are dozens of variations on what does and does not affect vampires — the sight of crosses, sunlight, holy water — the one thing that remains the same is that vampires drink the blood of their victims. Because people were very familiar with the fact that a large loss of blood would kill someone, it was pretty obvious that they wanted to avoid anything that would suck their blood as much as possible.

When it comes to our all-natural bed bug spray, it doesn’t exactly put a stake through their hearts...but it does kill them with no hope of coming back!

Jason is such a common name (especially in the early 1980s, am I right?) that it might not immediately ring a bell as a horror movie villain. But when we say Friday the 13th, it’s pretty obvious that we’re talking about Jason Voorhees.

Jason is most often portrayed wielding a knife or machete, even though he’s killed people with car doors, guitars, and tree branches (seriously, check out this infographic detailing how he’s killed people in every movie. Why does it start with Friday the 13th Part II instead of the original? Did he forget to kill anyone in the first movie? Tsk tsk…)

So, how is Jason like a bed bug? If you don’t want to hear about disgusting bug mating rituals, please skip ahead to the next heading. But considering the subtext of many of Jason’s kills is that “those teens who have sex are the first ones to get stabbed,” his connection to bed bugs is even more appropriate.

So, here’s why bed bugs are the worst misogynists on the planet. While the female has perfectly functioning genitalia, the male bed bug instead stabs her abdomen with his hypodermic needle penis. Why? Because he’s a horrible little %&$#@, that’s why. The sperm then travels through the female’s bloodstream where it eventually ends up at the ovaries. Buy some of our all-natural bed bug sprays and kill them all before this horror happens again!

Not familiar with what a succubus or incubus is? Honestly, as much as Hollywood likes sex, we’re surprised they’re not in every horror movie. While there have been direct-to-video tellings of these creatures, they don’t make it onto the screen very often. Jennifer’s Body is the most recent one to take on this demon tale, but the Species movies were certainly a variation that swapped out the demon angle for an alien one.

Succubi and Incubi are demons who come to men and women (respectively) in the night for sexual purposes. Scientists believe that these encounters were actually a precursor to alien abductions! The most common theory for modern alien abductions is that people are experiencing sleep paralysis, where they can’t move yet remain in a dream-like state. When this happened in a more religious time, before people even had the idea of aliens, these attacks were attributed to the millennia-old Jewish tales of Lilith, Adam’s first wife before Eve.

So, ignore the bed bug spray and those little jerks will feed on you in the night. Are the bed bugs biting you for sexual purposes? No. But what they are doing is attacking you in the most private place of your home, your bed, just as succubi do. Your bedroom should be a sanctuary, a place where you can get away from the world. Being attacked by tiny blood-sucking demons is something you want to avoid. That’s why you need an all-natural bed bug killer!

After all, having too many encounters with succubi was known for the deterioration of health and the mental state. Kind of sounds like dealing with bed bugs, doesn’t it?

Ancient Egyptian culture, the most well-known culture for creating mummies, was at its zenith around 4500 years ago. Mummies were created in order to help those with enough money to reunite the soul and the body after death.

In fiction, mummies come to life after thousands of years and attack the likes of Brendan Fraser and Tom Cruise; it’s pretty obvious that mummies can stay dormant for a very long time before “waking up” and becoming active again. And that’s how they’re just like bed bugs. Bed bugs can go dormant if there are no hosts to prey upon, and last even longer if the temperature is low. How long can they last? In laboratory conditions, over a year! That means that you could leave your home undisturbed for a year and they’d still come out and bite you when you got back.

Is it always that bad? No. On average, a bed bug will only last about two months without feeding on a host. Feel better? No? We’re not surprised. Not many people are gone from their house for two whole months. That’s why you need an all-natural bed bug spray. (Sorry, Mr. Cruise, we’re all out of mummy spray.)

Monsters can be fun to see on the big screen, but when you’re watching TV in bed you certainly don’t want them feeding on your body. Instead, you need a bed bug killer.