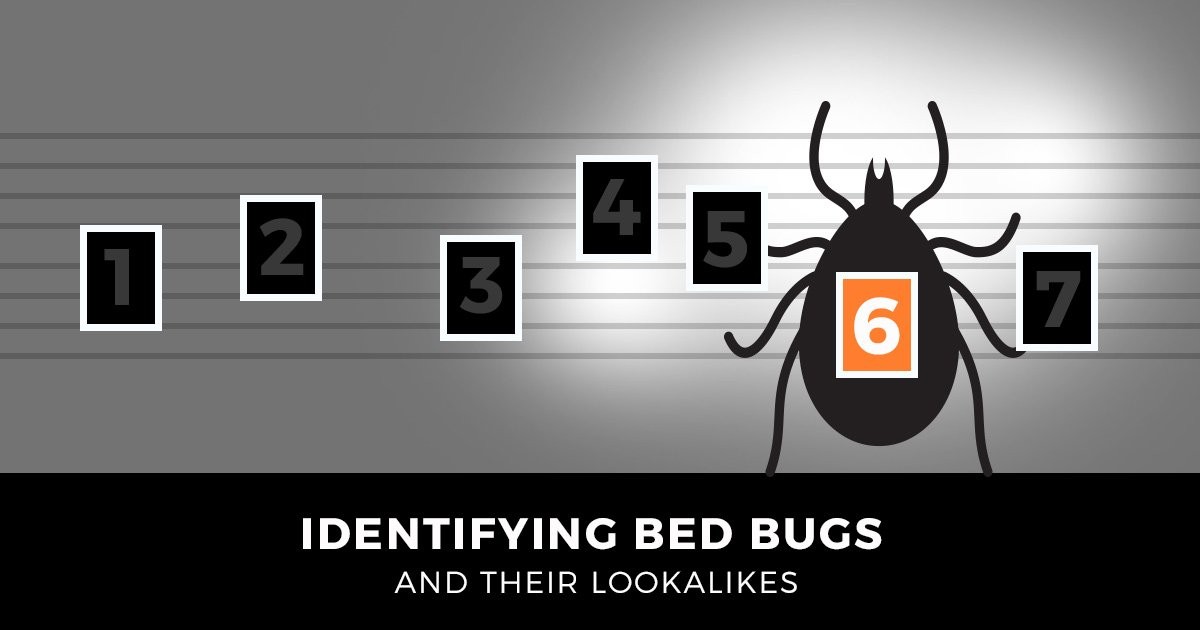 Identifying Bed Bugs and Their Lookalikes

We talk about bed bugs a lot here at the Bed Bug Store. If you’ve read any of our blogs, you know just how much we hate bed bugs. After all, they’re some of the more diabolical insects out there, coming out at night to feed on your blood. Who does that?

You’ve probably heard a lot about bed bugs from the news. While bed bugs were mostly eradicated from hotels and homes during the first part of the 20th century, they’ve experienced a resurgence in the last 16 years thanks to increased international travel and insecticides that no longer work against them. Permethrin, for example, only works on approximately 12 percent of bed bugs. That’s not exactly encouraging when it’s still the most used insecticide out there.

We’re constantly talking about bed bugs, and the news is constantly talking about bed bugs, and there’s a good chance that you’ve seen some bed bug treatments going on around town. So, when you see something crawling on the carpet, it’s easy to say “It’s a bed bug! Burn the house down! We’ll start afresh in the swimming pool!” But even though bed bugs might be on your mind, it might not be a bed bug that you saw crawling around. Let’s take a look at a few other insects that it could be.

Don’t have bed bugs? You might have bat bugs! There are more than 90 different kinds of these bloodsuckers that have been identified, and they all look and act a bit differently. There are two types of bat bugs in this country, Cimex pilosellus in the western US and Cimex adjunctus in the east. The human-preferring bed bugs and bat bugs look very similar, with the primary difference being the hairs on their “shoulders.”

How did that bat bug get into your house? While bats are great to have around thanks to their insect-eating abilities, they can also be problematic if they decide to live in your attic. If you have bats, you may well have bat bugs in your home. Fortunately, bat bugs tend to stay with their preferred food, which if you’ve been paying attention is bats.

If you see a bat bug, we’re sorry to tell you that you still need to worry. This is especially true if you’ve recently had the bats removed from the building because then the bat bugs will go searching for an alternative food source. While they prefer bats, they’ll be happy to live out their lives — and reproduce — feeding on you.

Swallows are wonderful birds, and they can perform excellent insect control much as bats do. Unfortunately, like bats, they can also introduce a species of bed bugs into your home.

Swallow bugs are a type of bed bug that has much more hair on their bodies. Swallow bugs follow pretty much the same story as we mentioned above with bat bugs. Swallow bugs prefer swallows, but if the swallows move on then the swallow bugs will look for other food, which could be humans or other animals.

“I know what a cockroach looks like,” you might say. “I’m not going to mistake them for a bed bug.” We’re sure that you could identify an adult roach with no problem, but many insects look quite different during their nymph stage. That’s true of many cockroaches.

There are more than 4,600 species of cockroaches in the world (thanks, nature!), but only about 30 of them are associated with human habitats. If you have roaches, we’re sorry. But if you see a cockroach nymph, maybe you don’t have bed bugs.

Okay, now that we have the horror of cockroaches out of the way, let’s move on to an incredibly awesome bug: the ambush bug. Ambush bugs wait on garden flowers for their prey to stop by and then grab them with their strong raptorial forelegs to grab insects many times their size.

There’s not much of a chance of mistaking an adult ambush bug, whether male or female, for a bed bug. But if you view an ambush bug nymph from above, you can see where there might be some confusion. Luckily, you’ll almost certainly never run into one of these insects in your home, as they stick to flowers.

Let’s run down the most-hated insects that we can think of. Bed bugs are certainly up at the top, and cockroaches have an even worse reputation. Termites are also right up there because they cause so many billions of dollars every year for homes.

Booklice are insects that look a bit like all three of these hated insects! When viewed closely, they look most like termites, though most people have no interest in looking closely. Booklice are most often found in damp areas that have a supply of paper. They don’t bite, but their decomposing bodies might cause asthma attacks much as dust and dust mites do.

In general, fleas don’t look too much like bed bugs. Fleas don’t get as big as bed bugs, and when viewed from the side they look very different.

But the bites of fleas can easily be mistaken for bed bugs. After all, they’re both bloodsuckers, and most humans are allergic to the saliva of both insects. Fleas are much less concerned about the time of day they attack and their preferred meal because they will bite you at any opportunity and then jump over to dine on your dog.

What About Bed Bugs?

If you are waking up with bites and finding insects in your bed, you almost certainly have some sort of bed bug. That means it’s time for a bed bug solution.

Let us at Bed Bug Store assist you. All our products come with a 90-day 100% satisfaction guarantee. We have been relieving customers of their bed bugs since 2003. Our products are also 100% all-natural, chemical and pesticide-free.  The smell you notice when using our solution, is the fresh scent of peppermint. 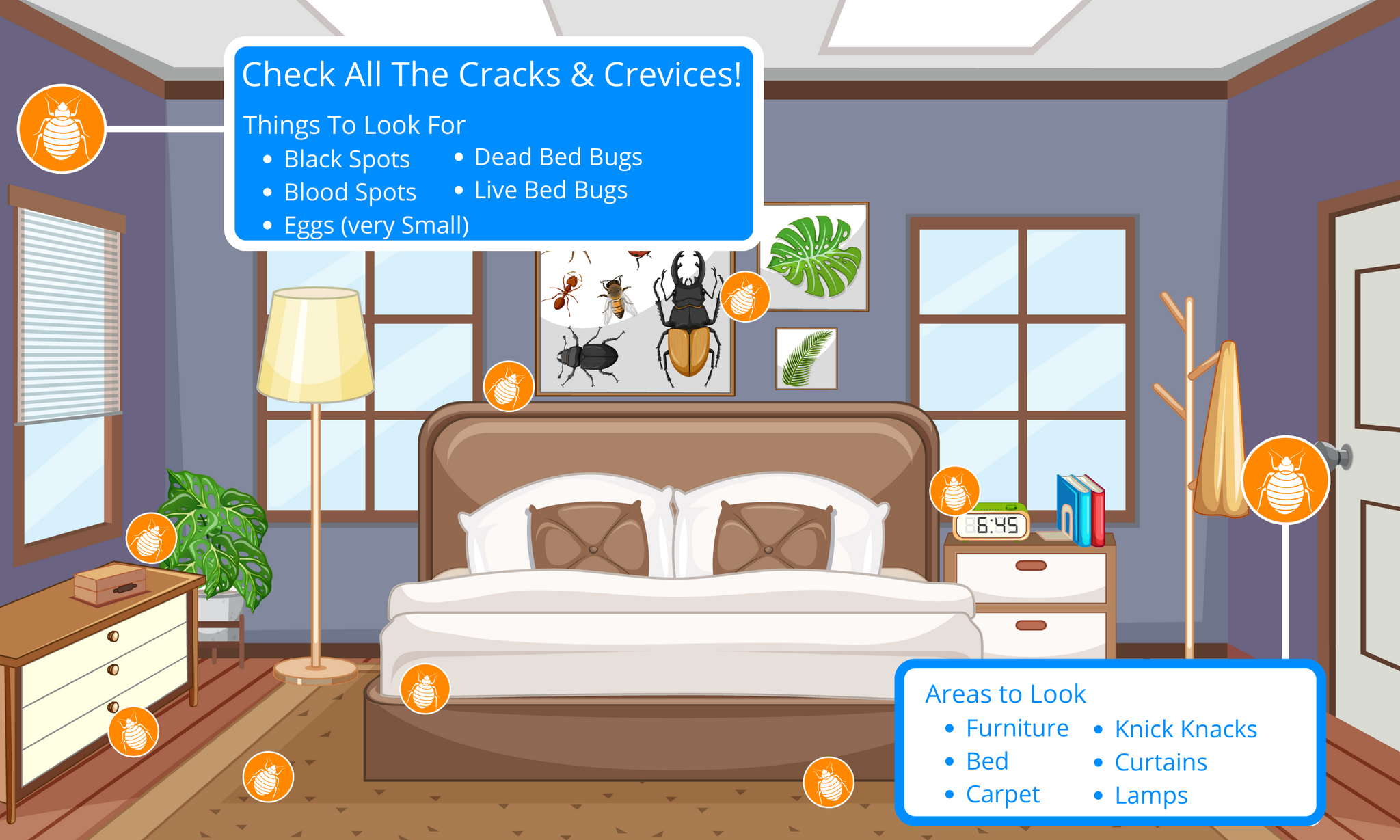 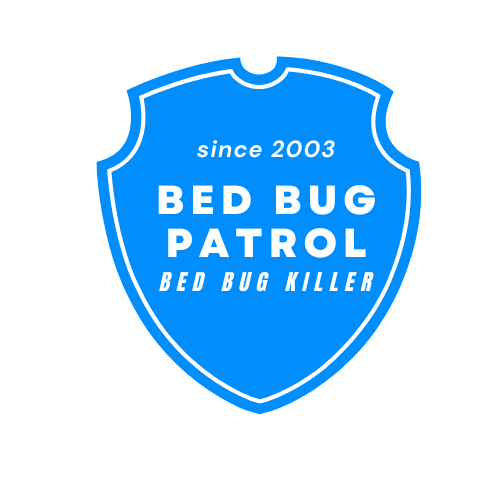 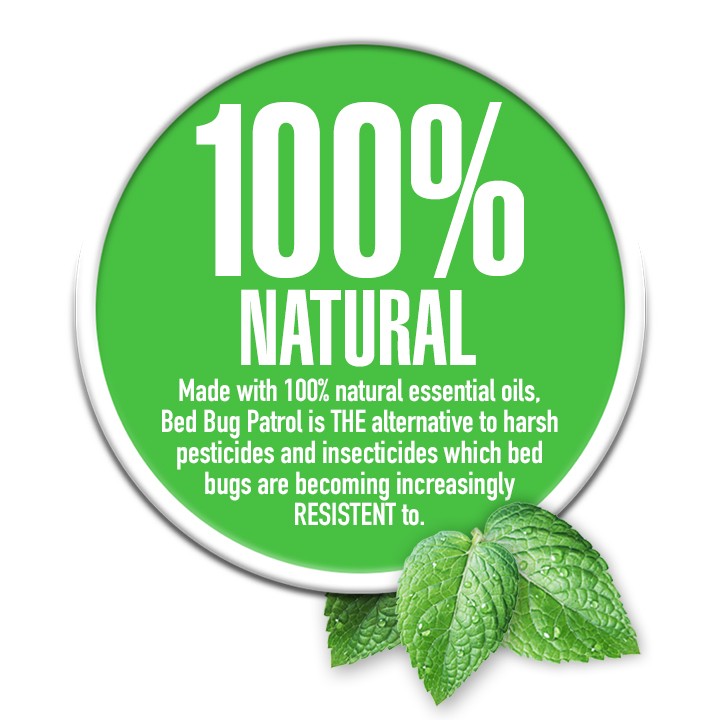 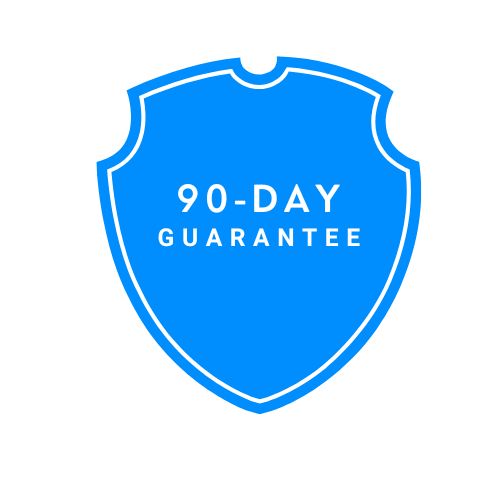