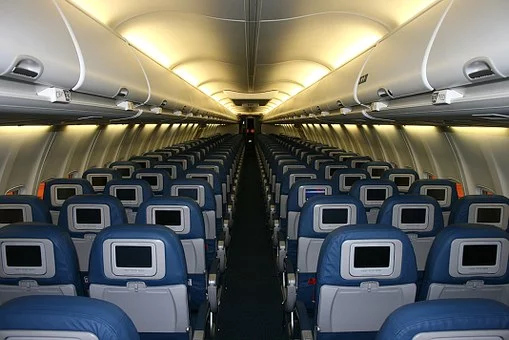 One More Travel Worry: Bed Bugs On A Plane

Believe it or not, it’s been more than a decade since the movie 'Snakes On a Plane' was released in theaters. People were incredibly excited about this simple concept taken to new heights. There were fan-made posters and videos, and the studio even paid for re-shoots so that the line “I’ve had it up to here with these mother&%$# snakes on this mother&%$# plane” could be spoken by Sam Jackson, thus securing the film an R rating and increasing the hype.

There was even a low-budget knockoff that hit video called 'Snakes on a Train'. 'Snakes On a Plane' was one of those movies that were a huge hit...but only before it came out. When released, people’s excitement seemed to already be over for the idea, and the movie barely ended up making its budget back. After paying for marketing, it actually lost money.

What’s this have to do with bed bugs? Well, if Snakes on a Plane had been a hit with its ultra campiness, we’re sure that there would have been a dozen movies to follow: Scorpions On a Plane, Spiders On a Plane, Bears On A Plane...it would have taken years to stop. But there is something that has occurred in real life that’s even scarier: bed bugs on a plane.

Wait, Bed Bugs On A Plane?

It happened just this month. A woman was traveling British Airways with her daughter and fiance from Vancouver, Canada to London, England on October 11. Now this mother was in-the-know about bed bugs because she had previously worked in the hotel industry, the place most notorious for bed bug problems. She knew what bed bugs looked like, and she saw them on the seat in front of her on the plane. She asked that the family be reseated away from the bed bugs but was denied because the flight was full.

Since it was such a long flight, it’s very likely that the bed bugs ended up biting her daughter while she slept. The next day she took pictures of the bites her daughter received on the plane. She then made repeated attempts to call the airline to verify that they wouldn’t be flying back on the same plane, but she received no response. Only after she posted pictures of her daughter’s bitten legs did she get a response. She wasn’t looking for a refund or a free flight, but she did want to ensure that the airline knew about the problem and that they would do something about it.

So How Did It Happen?

We’re quite sure that no one can ever be certain as to how this occurred. But if we know bed bugs (and we do), we would guess that someone brought them in on their pillow. Clothing isn’t very good at transporting bed bugs, and people don’t bring their own blankets on a plane. But bed bugs could certainly be hiding out in the seams of pillows or inside the pillowcase, only to be shaken out when a person leaves the plane.

Could Anything Be Done?

When the airline says that bed bugs in a plane are extremely rare, they’re right; but they should still be vigilant. There’s no way of knowing if the bed bugs had been there for a day or a month; many people could have been bitten and never realized that was the problem. As usual, we’d suggest that once they discover the problem that they use an all-natural bed bug spray that will take care of the devious bloodsuckers.

Can you do anything yourself? Be diligent like the woman in our story. If you see bed bugs, do everything you can to make sure that you can move seats, and keep them away from your luggage! 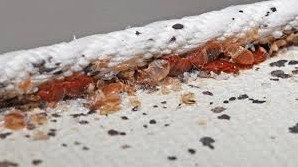