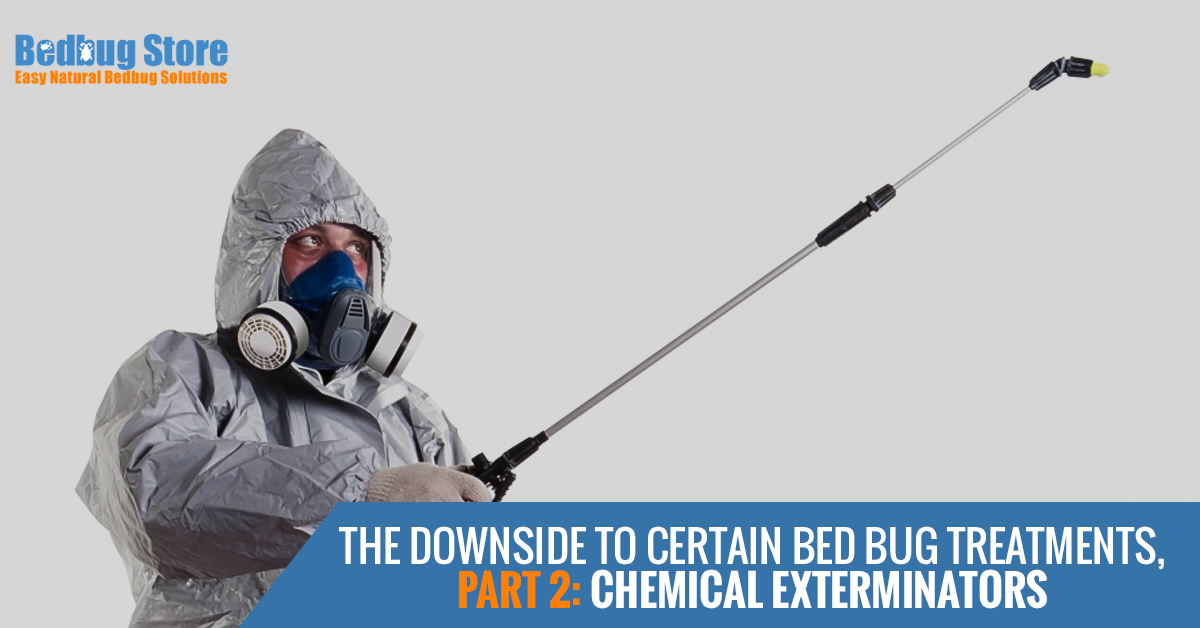 Here at the Bed Bug Store, we’ve been providing an easy-to-use all-natural bed bug killer for over a decade. We noticed just how ineffective and/or costly traditional bed bug treatments were and knew there had to be a better way. We think someone put it best when they said: “Treatments can be costly, laborious, time-consuming, repetitive, and embarrassing, and may entail health risks.”

With all those negatives, we decided to find something that would work better, reduce or eliminate health risks, and not break the bank. That’s why we developed our all-natural bed bug spray and bed bug traps and offered them to the public.

Unfortunately, not everyone has found us. That means people are still using the older methods that could be a health risk. One of the most common bed bug treatment methods is to use old-school pesticides. Let’s take a look at why you’ll want to avoid the harshest chemicals when you’re in need of a bed bug treatment.

Most chemical bed bug exterminators use permethrins and pyrethrins, which are carcinogens. In fact, nearly every chemical that is used by an exterminator is detrimental to human health, whether because it could cause cancer, reproductive problems, or breathing difficulties.

If you ever talk to a chemical bed bug exterminator, most won’t claim that they can handle the problem in a single treatment. If they do make such a claim, it’s likely they’ll be back anyway. The fact is, most chemical bed bug treatments take between two or three visits from the exterminator, and maybe more if it’s unsuccessful. Of course, that means having to schedule a time to take off from work not once, or twice, but three more.

The Neighbors Are Alerted

It’s human nature to care what our neighbors think. And what are they going to think if you have an exterminator outside your home multiple times? “Is it roaches that they’re taking care of? Or earwigs? <gasp> What if they have bed bugs?”

Unfortunately, most chemicals used during chemical bed bug eradication will end up staining the materials in your bedroom. This could be your mattress or box springs, and it could be your bed linens or bed frame. Stained carpets are also a possibility and are much harder to replace than any of those other materials.

Of course, an exterminator can’t force you to throw out your own property, but they can put it in the contract that any guarantee they offer is rendered void if you don’t take all of their advice about furniture removal.

Harsh Chemicals Can Spread The Problem

Here’s something that most people don’t think about when calling a traditional exterminator. When you use a particular bed bug pesticide in a limited area, some bugs will certainly be killed. But others who might have been outside of the treated area will get wind of the poison and turn the other direction, often seeking out other bedrooms.

So while you might have had one bedroom with bed bug problems, a mediocre treatment could disperse them throughout the house. (Because our spray is an all-natural bed bug spray, you can use it more liberally and use it over a larger area of your house.)

The chemicals are harsh, the exterminators are back again and again...it might be worth it if the treatments solved the problem, but most of the time they don’t!

Bed bugs over the last hundred years have built up a resistance to most of the chemicals that are in use by traditional exterminators. They already have a resistance to chemicals such as cyhalothrin, imidacloprid, bifenthrin, carbaryl, fipronil, diazinon, spinosyn, dichlorvos, permethrin, DDT, and chlorfenapyr. And because they can tolerate inbreeding so well, that resistance is going to stick around.

One last “fun” fact: Not only have many bed bug populations built up a resistance to insecticides but the well-known bug killer DDT has even been shown to make bed bugs more active!

If calling the exterminator worked, we could understand why people might just go ahead and use them. Sure, they cost many multiples of our Bed Bug Killer Superpack, but at least the problem would be solved. Unfortunately, the problem isn’t solved with traditional exterminators, meaning that you might as well head straight to the Bed Bug Store.

Let us at Bed Bug Store assist you. All our products come with a 90-day 100% satisfaction guarantee. We have been relieving customers of their bed bugs for over 18 years. Our products are also 100% all-natural, chemical and pesticide-free.  The smell you notice when using our solution, is the fresh scent of peppermint. 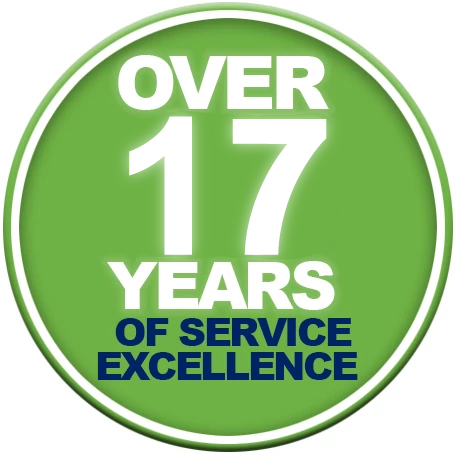