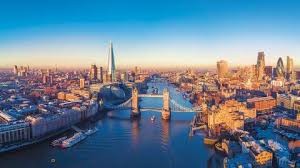 Bed Bug Store likes to keep up with stories from around the globe and review them. This is our second installment of what we found.

The bed bugs in Ireland and Britain are so resistant to the pesticides that entire villages and towns are learning to coexist with the bloodsuckers. According to Colm Moore, technical manager of Rentokil Ireland, confirms that attacks are increasing. "Our parents and grandparents were aware of bed bugs. We all know the saying "night night, don't let the bed bugs bite." That generation knew what bed bugs looked like. Now people don't, they think they're dust mites or beetles, but they're not," Moore said. Since 1997 cases reported to Rentokil have increased by 1300%! Yikes!

2. Could New Treatment Revolutionize the Fight Against Bed Bugs?

At Pennsylvania State University, they have created a fungus that kills bed bugs but it's not harmful to humans. Philadelphia experts surmise that approximately 10% of nearby dwellings contain bed bugs but the parasites have become immune to the toxic poisons. Dion Lerman, a pest control specialist suggests using mattress encasements and leaving glue traps under beds to trap the bed bugs.

Midwest Pest Control tech Loren Radar states there is a severe bed bug outbreak in Fargo, North Dakota. Radar goes on to say "It's growing everywhere, it's consistent and we haven't seen a dip," Radar blames hotels. "You pick them up and bring them back home. It's just a cycle over and over again," he informs. He tells his customers not to use bed bugs bombs as they don't work and only moves the bed bugs further around the house.

A Cincinnati Fire Chief states that a woman set fire to her apartment block by using alcohol to eradicate her bed bugs infestation. Apparently, when she lit a candle or incense the amount of alcohol she used to treat her apartment blew up the building.

Let us at  Bed Bug Store assist you. All our products come with a 90-day 100% satisfaction guarantee. We have been relieving customers of their bed bugs for over 15 years. Our products are also 100% all-natural, chemical and pesticide-free.  The smell you notice when using our solution, is the fresh scent of peppermint.