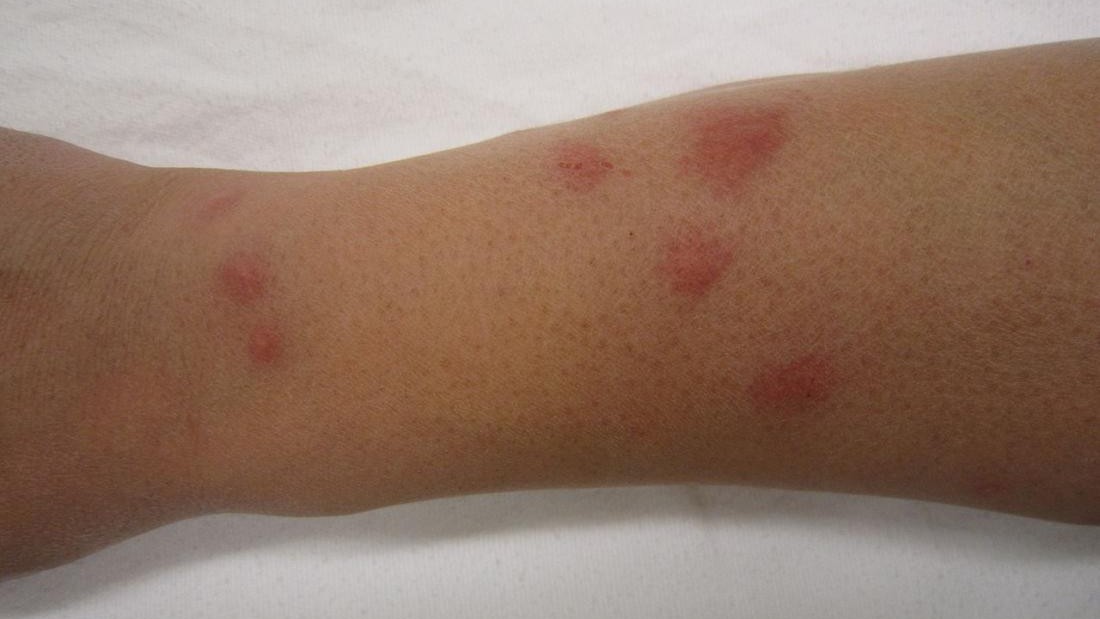 Why Are Bed Bug Bites So Annoying?

Up to 80% of people have some reaction to bed bug bites, with some developing full-blown rashes. That’s because most of us are allergic to the bed bug's saliva, and they only start to itch after the anesthetic it applies wears off. (BTW, you can find some bed bug bite relief here to soothe you while our bed bug insecticide works.)

You might build up some immunity to the itch as you’re bitten more often, but do you really want that? It might be helpful if you’re spending a week in the bayou getting bitten by mosquitoes, but it really doesn’t do much good to build up an immunity to something in your bed.

And hey, if you decide that you are cool with bed bugs in your bed, maybe this graphic description of how they feed will change your mind.

First, they saw through your skin with a mouthpart called a rostrum, another word for “insect beak.”

Then they inject you with the saliva that works as both a painkiller (so you don’t notice) and an anticoagulant (so that your body can’t heal the damage they're doing.)

Oh, and here’s the lazy part: they’re not even sucking!

As often as we call them bloodsuckers (and will continue to do so), they’re not even using any of their own energy to drink. Those little lazy jerks just use the pressure of your blood vessel to push the blood into their mouths. We’d say our blood was boiling, but that would only make it easier for them!

Bites Can Be In Awkward Places

Bed bugs tend to prefer skin that’s exposed; they don’t like to crawl under clothes because they’re looking for a quick escape. So cover up at night, right?

Well, there’s catch-22 when it comes to bed bug bites. If you sleep fully clothed, they’re going to bite the exposed parts of your skin, such as your neck, face, and lower arms. But that means that you’re going to the office and the grocery store covered in little red welts all over your exposed skin. Do you really want to be self-conscious about those marks, or even worse explain that you have bed bugs? It might not be your fault, but people will judge you.

So sleep naked, right? Well, that significantly reduces the chances that they’ll chew on a place that can be seen in public. But then you’re opening up many other opportunities for them, places that you probably don’t want getting bitten, injected with bug saliva, and then itching for the next week. We’ll let your imagination run wild.

They Bug You In Bed

We bring this up quite a bit, but it bears repeating. One of the worst parts about bed bugs is that they bother you in a place where you should feel safe: your bed. This isn’t just annoying, it’s downright mean. If they were called “car bugs” or “office chair bugs” because they attacked you in those places, you wouldn't feel nearly as violated. That’s why it’s time to take your bed back!

You Have No Defense

If there were a pill that you could take to make your blood distasteful, it’s likely that you’d take it. Even then, you’d have to take it for at least two months, and up to a year, to make sure that they’d starved to death.

When you’re bitten by a mosquito, there’s at least a chance that you’ll see it and be able to smack it. But isn’t it annoying to know that you’ll never be able to defend yourself against the nighttime bloodsuckers...except by killing them all with extreme prejudice, which is what we suggest you do with our all-natural bed bug insecticide.

Bed bugs are disgusting in more ways than one, and they go well beyond just being “annoying.” Instead of putting up with them, get them out of your life completely.