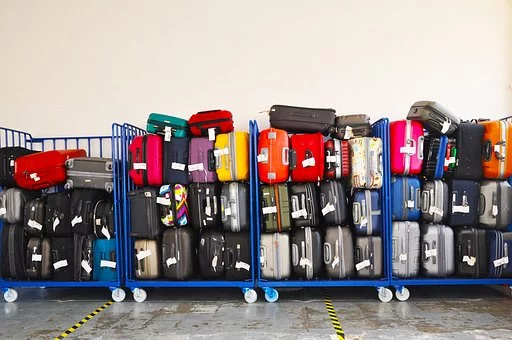 A new study finds that bedbugs -- just like flies and other insects -- have favorite colors. They really like dark red and black, and they shun dazzling white and bright yellow.

Researchers placed bedbugs in Petri dishes that contained little bug-sized tents made of different colored paper. The bugs quickly crawled to the shelter, just as you would expect for insects that spend 90% of their lives hiding in cracks and crevices. But when given the chance, they gravitated toward the tents that were black and red instead of the white, yellow or green shelters.

"We joked that we are all going to buy bright yellow luggage bags because the bedbugs seem not to prefer them, or not to prefer laying eggs on them," said Roberto Pereira, an urban entomology research scientist at the University of Florida. Pereira was part of the team that carried out the research, which was published Monday in the Journal of Medical Entomology.

One of the most common ways to get bedbugs is when you stay at a hotel that has an infestation, and the insects or a few of their eggs hitch a ride home with you on your bag, Pereira said. Sunny-colored suitcases could help prevent that, although bedbugs might still be able to find dark folds in the fabric in which to stow away, he added.

Before you invest in a new set of luggage, there are probably better ways to keep bedbugs out of your home, said Dawn Gouge, an associate professor of urban entomology at the University of Arizona, who was not involved in the new research.

Gouge uses suitcases with hard exteriors and encourages "absolutely everyone to never bring luggage into their bedroom or onto a couch in the first place, and if they have an outdoor storage area (like a garage) where they can pack and unpack, that's the way to go."

Although Gouge checks her hotel rooms for signs of bedbugs -- one is reddish stains on sheets -- she noted that fewer than 1% of hotels and motels probably have them, and an infestation is sometimes hard to spot.

The new study could provide some fresh insight into how to prevent bedbugs.

"The most valuable thing from this study is to say definitively if we are monitoring for these bugs, we tend to rely on black or white traps. ... I am convinced I should be using the black ones" because the insects might avoid the lighter colors, Gouge said.

Gouge conducts research on the best ways to monitor for bedbugs in homes and other environments, though she does not receive money from companies that make monitors or traps.

Two common monitors are Climbout, which is white, and Blackout, which is (as you might expect) black. They resemble bowls with tall walls and are placed under the leg of a bed or couch. Bedbugs climb over the walls and fall into the deep bowl, where they are trapped.

Although these monitors are not enough to end a bedbug infestation -- that often requires removing furniture and using pesticides -- they can be very useful for determining whether you have insect house guests. "The sooner you find them, the easier, the cheaper and faster it is to get rid of the infestation," Gouge said.

Yet another reason could be that bright colors make the insects more exposed to light, and "the more exposed these insects are, the more they lose water, and if they lose too much, they will die or have to feed again," Pereira said.

"It's hard to know what bedbugs are 'thinking,' if we can use that terminology," he said.

Pereira and his colleagues found that the dark color preference was true for bedbugs across the board, whether male or female, well-fed or hungry. The researchers let some of the bugs dine on live chickens, sparing humans the itchy bites, and other bedbugs were deprived of their weekly blood meal.

Pregnant females also showed a strong penchant for laying eggs in the darker-hued tents. This behavior probably evolved millions of years ago to help protect their eggs, just like themselves, from predators, Pereira said.

There were some cases in which bedbugs did not display their usual aversion to light colors. For example, the littlest of bedbug babies, the ones in what is called the first instar of development, did not have any color preference when they crawled toward a paper tent, although more mature nymphs did prefer the dark shelters.

This behavior could be because the less mature bedbug nymphs have not developed the eyesight needed to distinguish between white, black and the rainbow of colors, Pereira said.

However, Gouge suggested an alternative possibility: These babies are transparent, not having started feasting on the blood that makes their bodies red, brown or almost black. As a result, they can crawl onto any surface and be camouflaged, no matter what color it is. 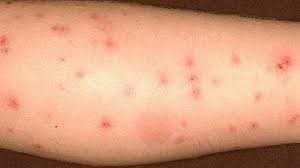